Don't miss this chance to get YOUR FREE BUSINESS GIFT!

Fill out the form below to get your FREE COPY: 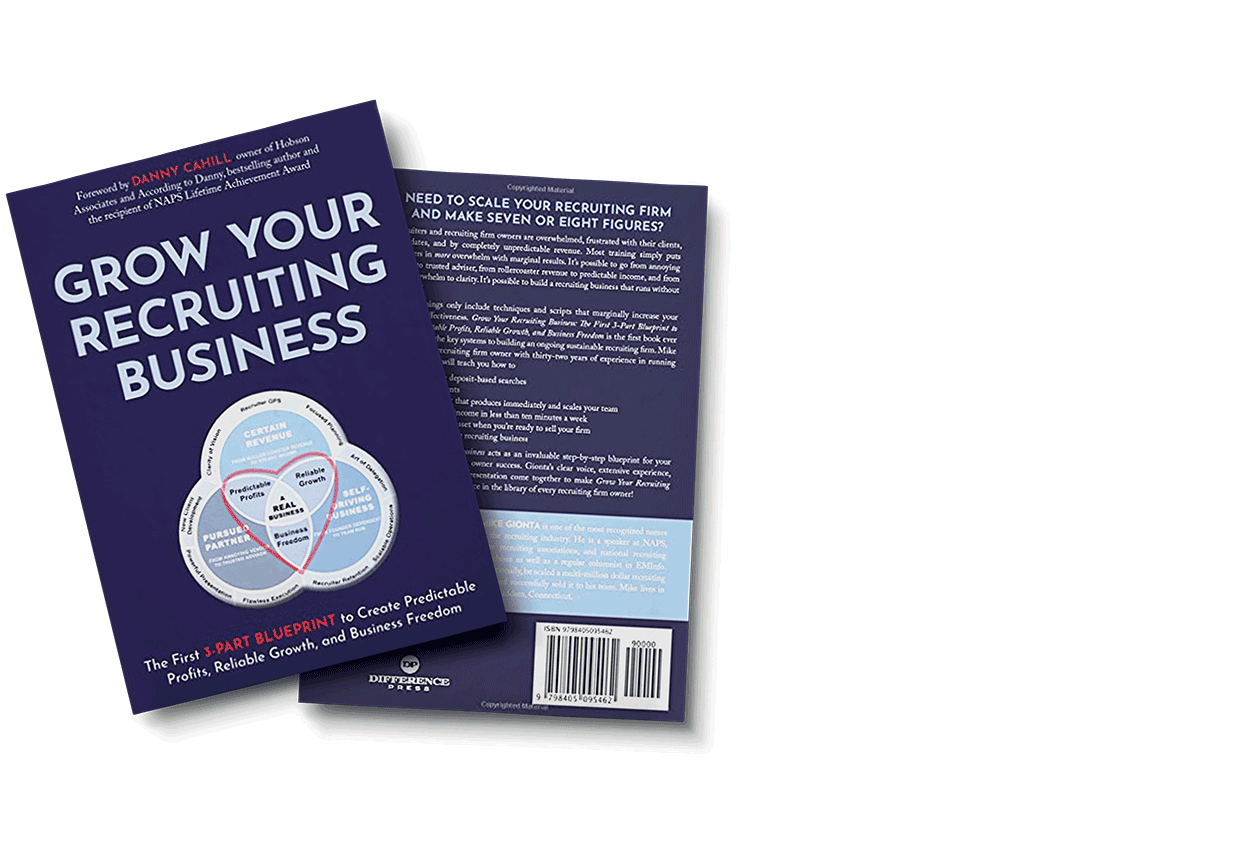 Book your way to SUCCESS!

Grow Your Recruiting Business is a step-by-step blueprint for creating a successful recruitment firm. Gionta’s easy-to-understand presentation and extensive knowledge make it an invaluable resource in the library of every firm owner!

Need to scale your recruiting firm and make seven or eight figures?

This book will teach you how it is possible to build a recruiting business that runs even without you there. Also, the training included here are techniques and scripts that marginally increase your recruiting effectiveness.

It consists of a 3-Part Blueprint to Create Predictable Profits, Reliable Growth, and Business Freedom. It is the first book ever written about the critical systems for building an ongoing sustainable recruiting firm. Mike Gionta, an ex-recruiting firm owner with thirty-two years of experience in running recruiting firms, will teach you how to do the following: 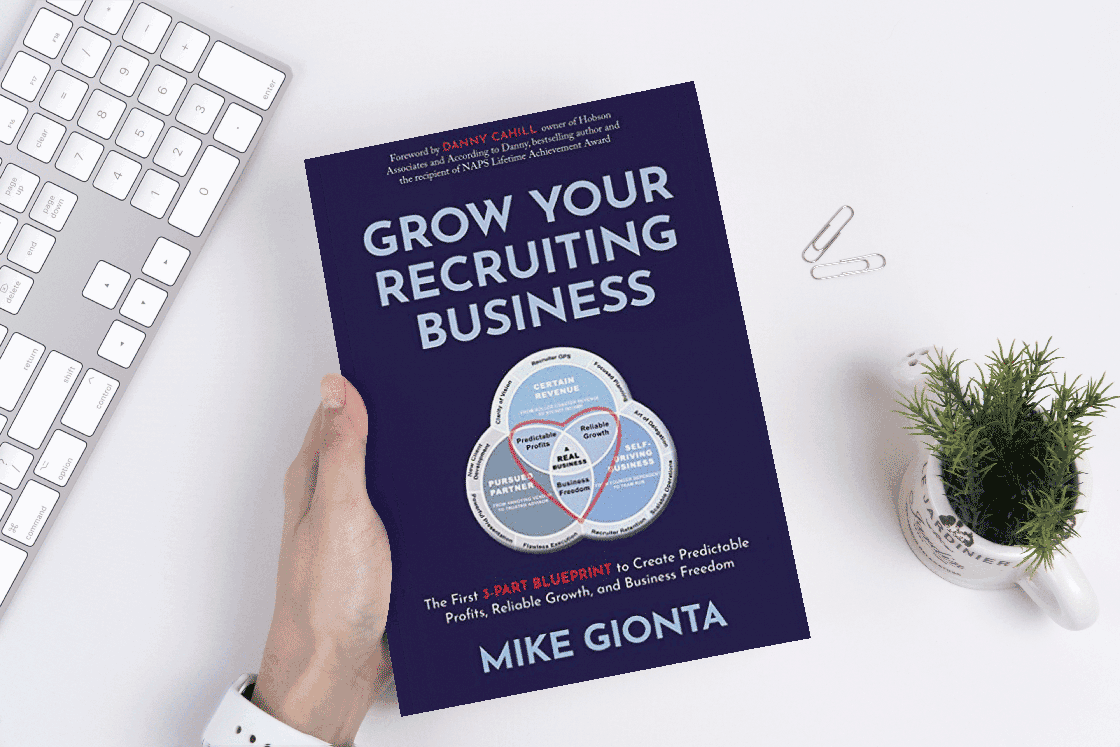 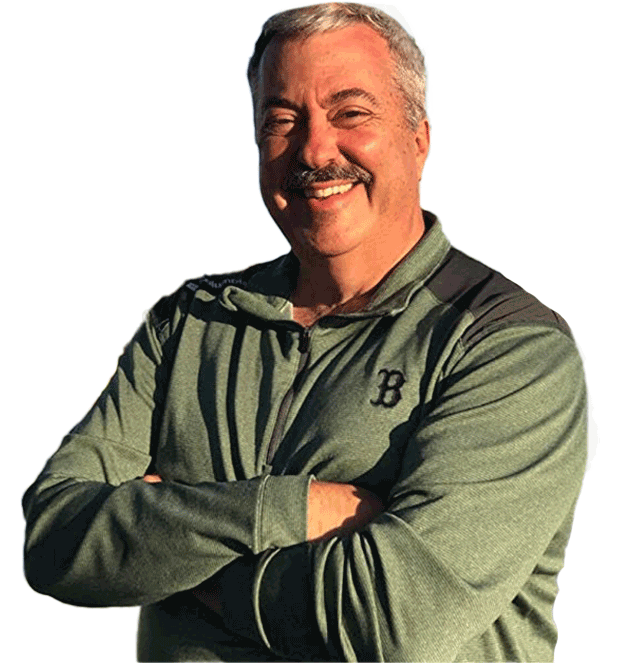 Mike has been described as one of the most exciting, innovative new trainers in our industry. He opened his recruiting firm in early 1990. He has ranked in the top-10 billing managers several times, ranking as high as second across all MRI (Management Recruiters International) divisions with cash on his desk in excess of $2 million in ONE YEAR.

After years of learning the WRONG way to get great clients and to build a recruiting team, Mike began training his team on the techniques that he discovered and that launched him.

In 2007 Mike founded his training, speaking, and consulting firm, TheRecruiterU.com. Mike is sought out by owners of recruiting firms individually and in groups who are stuck, frustrated, and want to break through to the next level of revenue and success using his unique step-by-step system for growing a recruiting firm with VERY predictable revenue streams.
Contact Mike at info@theRecruiterU.com. 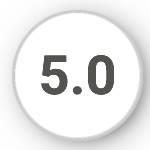 “A MUST Read Book for Recruiters and Recruiting Firm Owners”

Always get so much value from Mike’s training! This book is the culmination of his entire proven model for getting more money, time, and purpose from your recruiting business. Highly recommend!

“Great Recruiting Models and Methodology especially for The Great Resignation”

This is a great book especially while navigating the current shifts in the workplace. Mike Gionta has been in recruiting for 20 plus years. You can learn from the consummate pro here!

A must-read for new, mature, and even advanced search practices. One of the few business books that integrate values, vision, clarity with practical approaches to implementation.